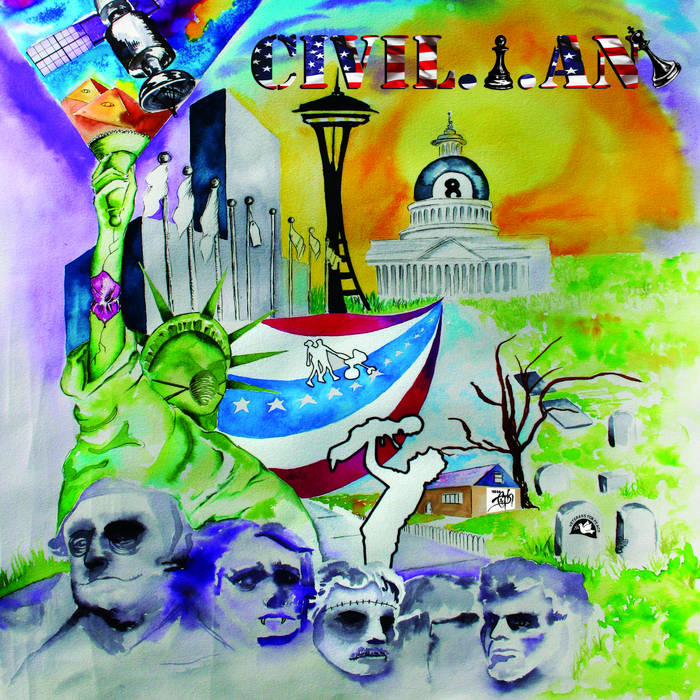 All proceeds from sales of this album are being donated to the organization www.veteransforpeace.org

CIVIL.i.AM is a collection of stories and anecdotes inspired by my service in the USMC. The guest features on this album are former service members as well, Guy Ron Solero Vanterpool (US Army) and AtLas (US Air Force), respectively. All proceeds from sales of this album are being donated to the organization www.veteransforpeace.org for as long as said organization is in existence and fulfilling its mission
"to build a culture of peace by using our experiences and lifting our voices. We inform the public of the true causes of war and the enormous costs of wars, with an obligation to heal the wounds of wars. Our network is comprised of over 140 chapters worldwide whose work includes: educating the public, advocating for a dismantling of the war economy, providing services that assist veterans and victims of war, and most significantly, working to end all wars."

Megaciph is Mental Energies Gather And Circulate In Positive Harmony. Using concepts that are timeless with a soulful approach to the music this is Hip-hop at its finest, it is the truth, infectious, beautiful, exotic, and masterful. Megaciph is a voice that is rare and needed in today's social and political climate. ... more

Bandcamp Daily  your guide to the world of Bandcamp

Featuring appearances from Kari Faux, Bluestaeb and and interview with NY-bred artist Wiki